How To Keep Active and Healthy This Easter…

Staying healthy can be easy 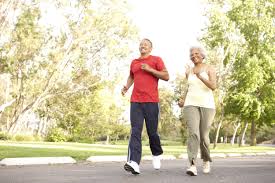 Let me tell you why I don’t like encouraging people to
exercise….

It’s because one of the problems that many people face
when trying to get “more healthy”, is that they think they have to do an
exercise programme of some sort.

In reality,
that’s not strictly true.

Exercising can be tough – and even tougher to sustain
– and if you’re thinking exercise involves keeping fit, then the problem lies
in the reality that you’ve got to keep at it.

For some people, that’s a big enough obstacle to even
starting in the first place, and a reason why so many people look and feel
unhealthy.

They don’t do much keeping fit, because they know
they’re unlikely to be able sustain it, so what’s the point in starting?

Have you ever felt like that? I know many people have.
And the answer? Well, all you have to do is to forget about keeping fit
altogether.

That’s right, forget it! Because it’s not the only way
to look and feel healthier.

Instead, here’s what I want you to do: just focus on
just “

Same thing, you say? Not quite. It’s a shift in the
way you think and how you see the task at hand, and it will make it more likely
that you’ll sustain it for longer.

All the health benefits you need, the ones that are
going to keep joints supple and your heart and lungs in better shape, are often
just the same as keeping active as they are in keeping fit. The only difference
is that being active is easier to sustain.

Besides, keeping active can be a lot of fun, which means
you’re much more likely to maintain it.

Places like Wallace Park, Lagan Towpath, Moira
Demesne, Castle Gardens or Hillsborough Forest Park… I could go on and on and
on talking about places in and around Lisburn that you could chose to keep
active this Easter with your kids or grandkids.

Anyhow…
here’s my question: what’s stopping you from visiting a different one each
night, each week, for the entire school holidays?…

← Does The Weather Affect My Pain? Is It Safe To Do Exercise With A Bad Back? →