Do you need inspiration?

Determination to overcome back injury 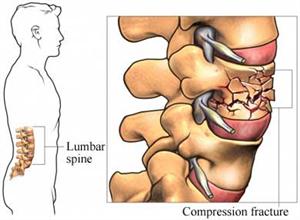 I met an amazing person in clinic very recently, and I felt
that I had to tell their story. I can only hope I tell his story in the way
that he was able to tell me.

So this person is a horse lover, and it was whilst out on
his horse that he injured himself. He was riding as usual and the horse was
becoming a little feisty. It became more and more feisty and eventually bucked
trying to throw him off. The event happened so quickly that the horse bucked
and fell. He was still holding on and unable to get his feet out of the
stirrups so he clung on. The horse landed on top of him and flailed its head.
It was during this flailing that the horses weight pressed further onto him and
he felt a large crack! This crack turned out to be one of his lumbar vertebrae
shattering. As he lay on the ground in excruciating pain he tried to get up,
but experienced even further pain.

He spent many weeks in hospital recovering, living with
uncertainty about whether or not he would need surgery, if he would be
paralyzed or left with some form of disability. The surgeons were almost about
to operate on him, but then a minor complication delayed this. It was an
amazing turning point. That evening with great determination he decided that he
would attempt to get up out of bed and try to walk with a walking frame. He
did! The doctors and nurses on the ward saw this and decided that surgery would
not be required.

Not long after he was discharged from hospital, got to be
best man at his brother’s wedding and get back to work.

So you may ask why I write this story? Inspiration and never give up attitude is my
answer.

The main reason for this is that this person has shown
extreme courage and determination to get back on his feet, rehabilitate and get
back to doing the things he loves doing. So that includes getting back to running, swimming and
eventually getting back horse riding. He also had a very difficult battle coming off his pain medication which he describes as one of the most horrible
things he’s ever had to do.

Whilst he is still on that journey to getting back there, he
shows no fear and has the most positive attitude anyone could ask for. He has
an inner drive to achieve and do things as well as he can, plus he is driven to
do things with his children.

The message for us all to take away is that despite injury,
our bodies are amazing at healing and if we believe in ourselves, seek the
right rehabilitation, get off the painkillers and get moving, we can get back
to doing the things that we love doing.

← Discovery Session Does The Weather Affect My Pain? →